Introduction to the Bobsy SR1 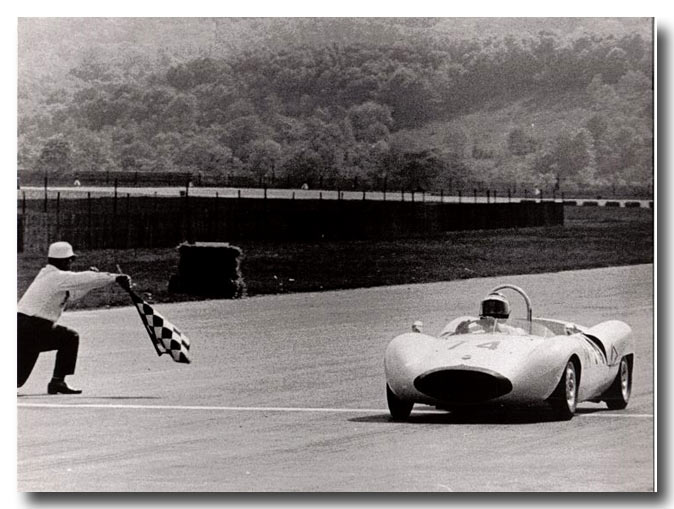 Introduction to the Bobsy SR1

Our most recent vintage racecar purchase.

For all the racing SAAB did in its two-stroke years, almost none of it was with cars solely designed to go racing. Instead they started by tuning up their little people-carrying sedans, hiring some local hotshoe, and letting them hurl it down the tree lined backroads to show off its sturdiness and pace. This worked extremely well and won them a lot of respect and publicity.

Their one attempt at a non-roadgoing pure racecar, the monoposto Formula Junior with its aluminum monocoque, was certainly an intriguing effort. Despite that advanced design element, by 1960 the mid-engine layout was showing sure signs of being the formula car layout of the future. So when the decision was made to stick with the roadgoing front-engine and front-wheel-drive layout, it surely doomed the car to failure.

Fortunately SAAB’s track racing history doesn’t stop at the threshold to the Trollhättan garages. Their little three-banger two-stroke engine packed a mighty punch for its weight and size, especially when treated with simple but effective modifications that increased its already respectable power-to-weight ratio. Turns out, it was a perfect engine for a tiny light racecar!

It was short, allowing for a low body line to cover it. Just by modifying the cooling port on the cylinder head and re-routing the cooling hose you could make the entire engine package effectively four inches shorter! There was no oil pan to fight for ground clearance. There was no oil sloshing issue to manage. There were no valves to float and no pushrods to bend. It could be run forwards or backwards! These features fixed or moderated many of the issues that plagued amateur racecar designers of the day.

In the late 50’s and early 60’s the SCCA ran a class of racing here in the USA called “H-Modified”. It was a true tinkerer’s class. The rules were few, allowing racers to design and build a whole slew of crazy little cars. The most defining aspects of the rules were the engine size limit (750 cc and 850 cc for early and later rulesets respectively) and the relative lack of rules thereafter. Wheel size, car weight, gearbox type, engine type, materials, chassis construction, all of these were completely regulation free.

You could build a tiny little tube framed car with barely a shadow of a fiberglass body and power it with a Mercury outboard boat motor driving the wheels with a chain drive, if you so desired. (A fellow by the name of Dan Odenborg did, it was called “The H-Bomb” and was wildly successful.)

At the other end of the spectrum, you could simply spend a weekend yanking the interior out of your SAAB 93, saw the roof off, and give it a go. (While a fair number took this approach, creating what became known as “Bathtub SAABs”, Hal Mayforth’s car is the only one I know to still exist, and I haven’t seen it since 2011.) From one race to the next, anyone might show up with a new design and try to blow the rest into the weeds.

My father and I own the Quantum One and Quantum Two, respectively. These are early (1959) SAAB based H-Mods from the mind of Walter Kern, a standout in the SAAB world then and in later years. They were fairly successful, so the legend says. We haven’t turned up many race results in our research thus far.

In 2017, Dad purchased another historic SAAB powered H-Mod to add to his collection, the Bobsy SR 1.

What is a Bobsy?

Jerry Mong was one of the aforementioned tinkerers. He built himself a little Porsche powered racer in 1958 and garnered the attention of Allyn and Kaye Heir, brothers who were busy racing a Crosley powered Siata. They hired Jerry to build two cars; one for them and one for himself. It was an interesting deal they struck and it became the beginning of Jerry’s future in the racecar business. Over the next couple of decades, somewhere over 100 Bobsy racecars would be built. Many races would be won.

The Bobsy moniker, reportedly, was purely by chance. The story goes, as told by Ron Mong, “My Dad, Allyn and Kaye Heir built the first 2 identical cars. Allyn and Kaye’s Mom Mabel saw them and said something to the effect – ‘Oh look the Bobsy twins’ – after a book or movie from that era. My Dad did not much care for the name, but it took hold before he could get ahead of it!”

Of course literary historians will notice the name is misspelled, as the books told the tales of the “Bobbsey Twins”.

Of the two Bobsy SR-1’s built, only one remains. The other having been crashed and destroyed in an accident early on. So the car dad bought was the last of the first.

We were sent some photos that showed the Bobsy, while remaining mostly complete, clearly had spent many an Illinois winter out of doors. While the fiberglass body didn’t mind too much, the bare aluminum chassis and all the un-coated steel hardware minding a great deal. 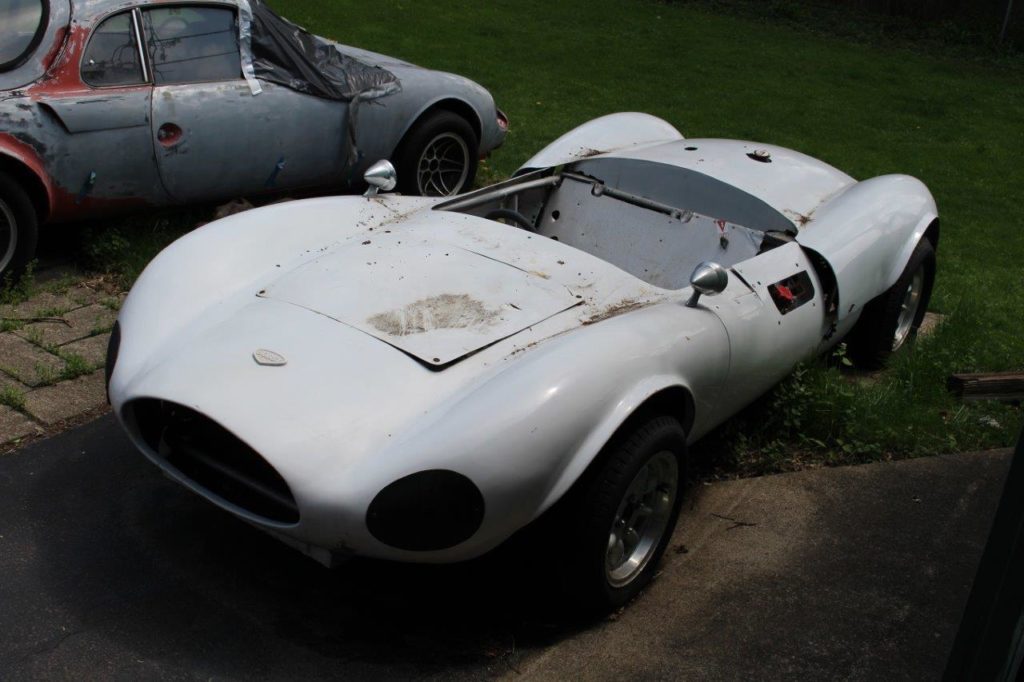 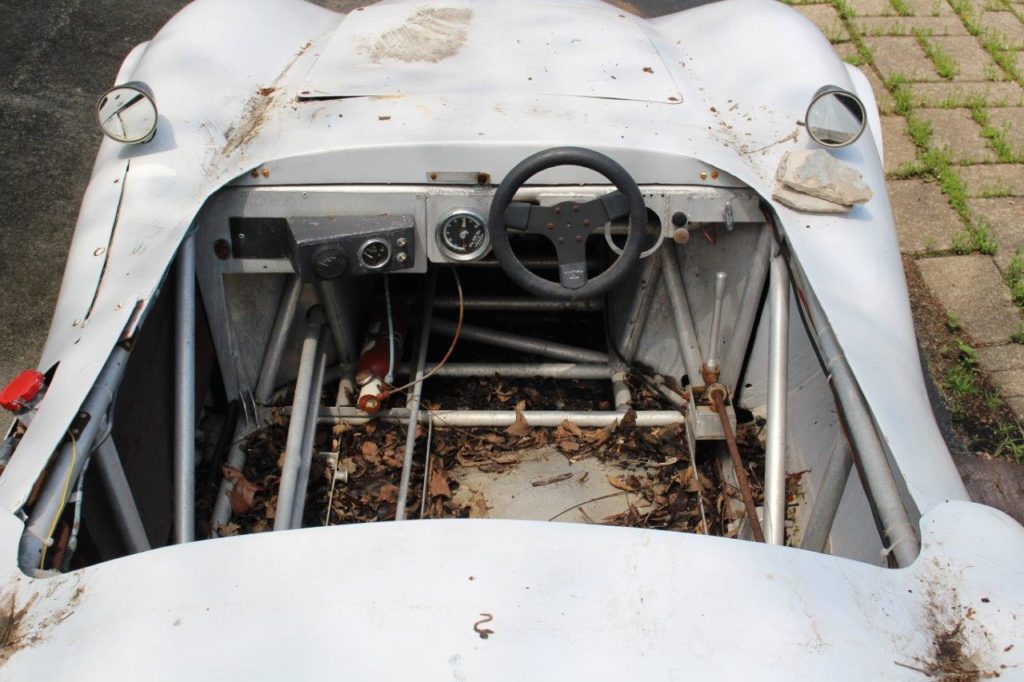 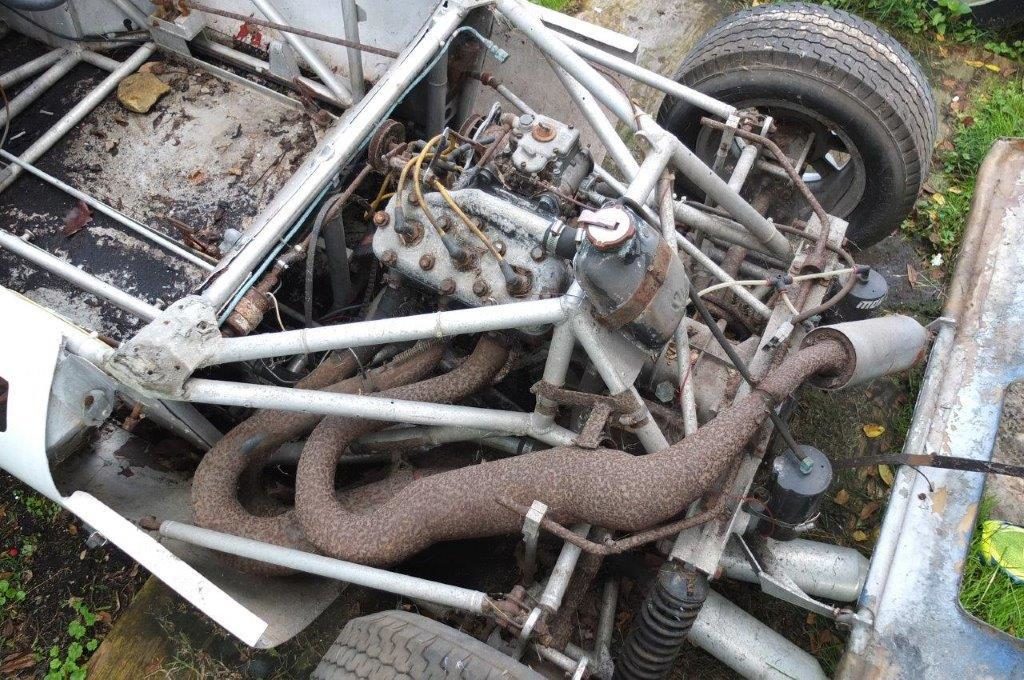 Returning the Bobsy SR-1 to the track will be a multi-part, probably multi-year, story. Stay tuned.